I am on my way to Cape Town for a holiday and to work on my script that will go into production in April 2013, so I will not be posting until January.  Happy holidays!

Art & The Market: A History 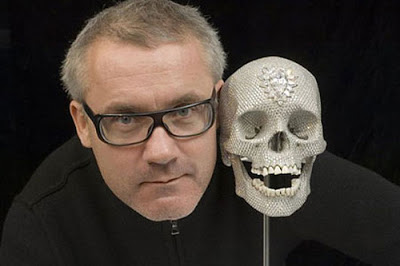 A seriously interesting article on the relationship between art and the market is in "Believer" magazine. Here is a quote from the article by Rachel Cohen:

For as long as artists have made a living from their art, even if a meager one, some version of the art market has been negotiated between people with power and people with artistic talents. But in each era, what was held to be valuable was different. Though the art market has always measured value, that value was not always expressed in exclusively financial terms. Take, for example, fifteenth-century Florence, where the Medici banking family held sway. At that time, bankers worked in long-term partnerships with one another, and painters had workshops that were passed down from master to apprentice. Ongoing relationships with men of standing were very valuable. The exchange between, say, Lorenzo the Magnificent and Botticelli took the form of an enduring patronage relationship with large-scale commissions for churches and palazzi. Much of the value exchanged was not monetary but religious or reputational. Both the banker and the painter were understood to be more pious and significant men as a result of their relationship.

But in the Gilded Age, price was increasingly felt to be the measure of value which subsumed all others.

In 1825, a Botticelli of the Holy Family sold for £10 and 13 shillings. In 1898, when offered another well-known Botticelli, of Saint Jerome, for £500, the British National Gallery was content to turn it down. But in 1912 that Saint Jerome sold to the American collector B. Altman for about $50,000. And by the time Andrew Mellon, in 1931, bought a Botticelli, together with a Rembrandt, he felt he was getting a rapaciously good bargain at a mere $1 million. Works by Botticelli were becoming increasingly prized during this period, but prices for all of the most valued paintings leaped up almost shockingly in the years before and after the first IPOs and the first cubist pictures. Suddenly people began to see paintings as representations not only of age-old values but of future values. And once they began to look at them that way, it mattered less how much time they’d withstood the test of. What people became interested in was not what the pieces were worth a hundred years ago but what they might be worth tomorrow. All through the twentieth century, prices for contemporary artwork were rapidly catching up to prices for works by old masters. Now, the first time a Damien Hirst is sold, the price is at a level only the greatest works of the past have achieved after being sold and resold for a century or more.


Here is the link to the whole article.
Posted by Chris Tyrell Loranger at 6:22 AM No comments: 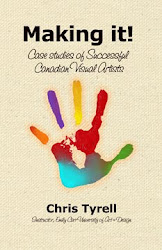 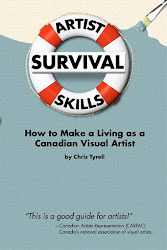